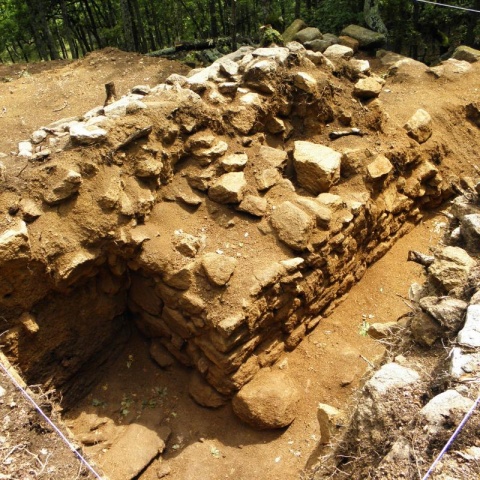 Photo by the National History Museum

A team of Bulgarian archeologists led by Dr. Ivan Hristov has discovered an unusually large votive relief of the ancient Greek God Zeus near the Bulgarian village of Starosel.

The news was announced by the National History Museum for the Bulgarian News Agency Focus.

The archeological team uncovered the votive relief which was much bigger than the ordinary ones and thus it was allegedly the center part of an ancient temple.

A large rock eagle appeared flying round when the archeological team was about to uncover the artifact. As the ancient Greek god Zeus was commonly featured as a rock eagle, some of the archeologists jokingly concluded that god Zeus should have come to look over his sanctuary.

The votive relief was uncovered while the archeologists were excavating the Kozi Gramadi mount in the Sredna Gora mountain, in the village of Starosel, close to the resort town of Hissar in central Bulgaria.

The fortress, located on the Kozi Gramadi mount , was built VI-V century BC and it used to be the capital of ancient Thracian tribe living in central Bulgaria.

The archaeologists believe that the region was the power center of Ancient Thrace in the 4th century BC. It was destroyed during the rise of the Macedonian state of Philip II in 342-341 BC.