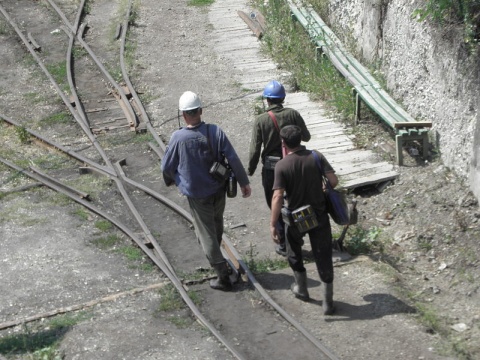 In a Monday interview for the Bulgarian Telegraph Agency (BTA), he informed that the Bobov Dol thermal power plant (TPP) to which the mine was selling coal, was working at minimum capacity and the purchase price of electricity had been reduced.

He explained that the coal produced by the opencast mines of Pernik-based Otkrit Vagledobiv had become unprofitable for the Bobov Dol TPP.

"Coal is excavated through open cut mining operations, the shallow layers have been depleted and now the miners are working deeper, which makes output more expensive," he explained.

On August 2, around 200 miners at the Pernik-based coal mine staged a protest over the upcoming layoffs of 100 people and the planned decrease in the salaries of the remaining staff, according to reports of dnevnik.bg.

Vasil Markov, Deputy Director of the mine, claimed that the only way to save the company was to unblock exports.

A meeting with representatives of all units of the company and the mining trade unions has been scheduled for Monday at the initiative of the management of Otkrit Vagledobiv Mines EAD.