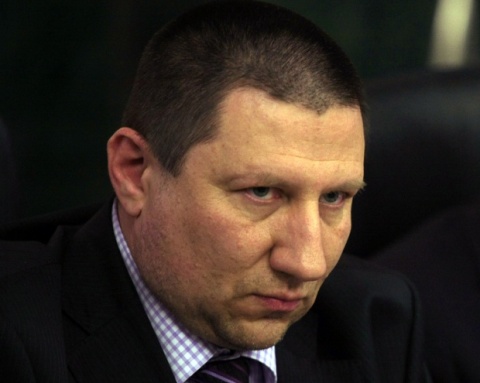 Bulgaria's Deputy Chief Prosecutor Borislav Sarafov announced at a press conference Thursday that a total of 15 people had been arrested over the past three days on suspicion of participating in a crime ring specialized in assassinations, robberies and beatings.

Sarafov, as cited by Sega daily, said that suspects had been charged with murdering Yordan Tsonkov, known as "the king of car thieves" and collaborator of the "Impudent" gang of high-profile kidnappers.

The leaders of the crime ring were found to be Valentin Sedevchev Yanev and Martin Lybenov Antov, who was found to posses two Kalashnikov rifles at the time of his arrest.

Apart from the murder of Tsonkov, they were also charged with two other murders, of Kocho Mihaylov and Tsvetan Pankov, a number of robberies, including a 2008 robbery in the northwestern village of Kapitanovtsi, two robberies worth BGN 215 000 and USD 130 000 in Sofia, stealing BGN 14 000 from a post office, preparing  a new robbery, and a number of other offences.

Responding to criticism that the Interior Ministry had focused efforts on minor offences, Sarafov said that the case at hand involved a serious crime ring and serious criminal proceedings, adding that charges had been pressed against 15.

"The crime ring was supposed to break the legs of two of the participants in the deal for purchasing the "Doverie" pension insurance company. However, these brutal activities were never carried out," said Svetlozar Lazarov, Chief Secretary of the Interior, during the press conference.

He informed that the crime group had been preparing to beat up and rob two people close to the deal, including the former Director of the state-owned IT company Informatsionno Obsluzhvane AD (Information Services AD) and "a natural person related to a legal person with certain interests in the deal in question."

A few weeks ago it turned out that the fund was going to be sold to a UK-based offshore company, which cause the executive team to reign.

The finalization of the deal now hinges on the decision of Bulgaria's Financial Supervision Commission.

President Rosen Plevneliev commented on the deal twice, warning that it was dangerous for "the money of Bulgarian pensioners to end up in an offshore company related to the money of the Russian mafia."