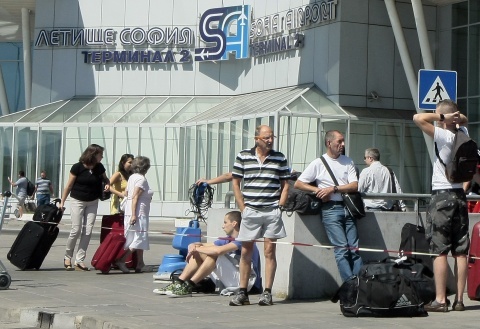 File photo showing the entrance of Terminal 2 of the Sofia International Airport. Photo by BGNES

Terminal 2 of the Bulgaria’s Sofia international airport was briefly closed Wednesday evening over a bomb threat, according to media reports.

All arriving and departing passengers were evacuated from Terminal 2.

Cars were temporarily not allowed to park at the Terminal’s parking lot.

Flights were reportedly redirected to the airport in Bulgaria's second largest city of Plovdiv.