Bulgarian Rapper Lashes Out in Anti-Semitic Rant against Ex-FinMin 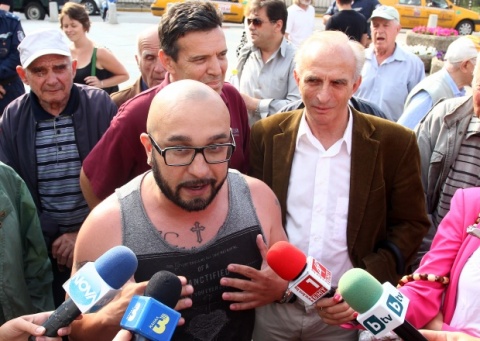 Bulgarian rapper Misho Shamara burst out in an Anti-Semitic rant against former Bulgarian Finance Minister Simeon Djankov on the air of a Bulgarian TV channel on Wednesday.

The Bulgarian rapper, who recently proclaimed himself as a supporter of the Socialist-led cabinet of PM Plamen Oresharski, outraged the public of Bulgarian TV channel TV7 with his remark against Djankov.

"It is normal for a budget prepared by Simeon Djankov to be revised. He is the most incapable Jewish vermin," said Misho Shamara on the air in TV7.

The Bulgarian rapper's anti-Semitic expression was cited by the Bulgarian information agency "Blitz".

The TV presenter did not have any comments and reactions towards Shamara's statement.

Massive anti-government rallies in Bulgaria started in June 14, with protesters demanding the resignation of the Socialist-led cabinet of Plamen Oresharski over suspected ties with oligarchs.

Misho Shamara (AKA Big Sha) is the self-proclaimed leader of a series of pro-government counter-rallies.