Snowden's Father Thanks Russia for Taking Care of His Son 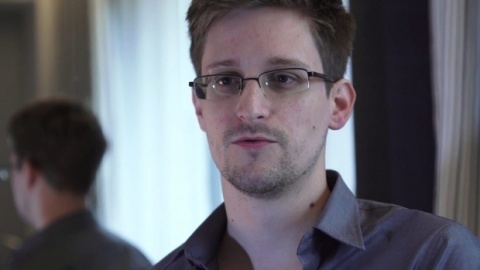 The father of former NSA employee Edward Snowden has thanked President Vladimir Putin and Russia for helping his son.

Lonnie Snowden told Russia’s state-owned Rossiya 24 television he was grateful to Putin and the Russian government for their “courage” and “strength” in protecting his son, who has been holed up in Moscow’s Sheremetyevo Airport since arriving from Hong Kong on June 23.

He said FBI officials had previously asked him to fly to Moscow to see his son a few weeks ago, but he declined. He said in remarks translated into Russian that he might still decide to go to Moscow to meet his son.

Edward Snowden, who is wanted by the United States for leaking classified data about the NSA’s intelligence gathering operations, requested temporary asylum in Russia earlier this month. Russian officials have not yet issued him with a document that would allow him to leave the airport’s transit zone.

Russian lawyer Anatoly Kucherena, who is assisting Snowden’s asylum request, said in an interview broadcast Wednesday that he planned to send an invitation to Snowden’s father to support his visa application.

“I will do my best to do this today,” Kucherena told Vesti FM radio station, a sister outlet of Rossiya 24. No particular date has yet been set for Lonnie Snowden’s visit, he said.

Kucherena also said it was still unclear when Russian officials would issue documents for the fugitive, adding it should happen in the next few days.

Lonnie Snowden said in his interview that his son should stay where it is safe for him.

“I hope to see you soon. But most of all I want you to be safe," he said. “I hope you are watching this… Your family is well. We love you," he added, as cited by RIA Novosti.

He reiterated that he did not expect his son would have a fair trial if he returns to the United States.