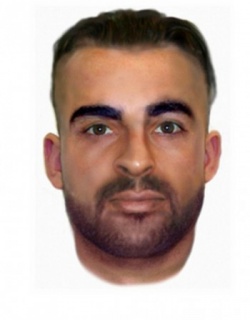 BERLIN – The Lebanese-Australian Hezbollah suspect Meliad Farah, who is sought by the Bulgarian authorities for his role in a deadly terrorist bombing of an Israeli tour bus last July, may be active on the social media outlet Facebook.

The US-based website The Long War Journal first reported on Monday the usage of at least three Facebook accounts by a man named Meliad Farah, including an entry as recently as Monday, and links to Hezbollah material and a page praising the deceased Hezbollah spiritual guide Muhammad Hussein Fadlallah.

Farah is believed to have assembled the bomb that killed five Israelis and their Bulgarian bus driver last July in the Black Sea resort of Burgas.

The Long War Journal wrote, "One Facebook account possibly attributable to Farah states that the user studied at the Lebanese International University (LIU) and lives in Australia.

According to press reports, the printer utilized to create the forged licenses carried by the Hezbollah cell responsible for the Burgas terror attack was based at LIU, where the suspects are said to have studied engineering."

The first account shows interactions with women in Bulgaria, including the location of the terrorist attack in Burgas.

In addition to the presence of Hezbollah activity on two of the accounts, there are striking similarities among the accounts. The user of the first and second Facebook accounts played an online poker game via the social media site.

The analysis of the Facebook accounts appeared on the Threat Matrix blog of The Long War Journal, which seeks to provide analysis and opinions on "hot or overlooked topics of the day," according to its mission statement.

Speaking from Washington with The Jerusalem Post, the author of the Long War Journal report, David Barnett, said there are no photographs on the three Facebook sites used by Farah that match the photograph presented last week by Bulgaria's Interior Ministry.

Barnett said the first account used a photo of Iranian actor Mostafa Zamani as its profile picture, and the second account appears to use a photo of the Turkish actor Necati Sasmaz.

The second account "liked" a page about an AK-47 assault weapon.

The second account, which The Long War Journal documented was used as recently as Friday, lists a number of women in Bulgaria with whom Farah became friends.

The Long War Journal wrote, "It is also eye-catching that a couple of the friends of the second account have hardcore Hezbollah material on their own Facebook accounts."

The third Facebook account linked to the name Meliad was started on June 12, 2012, and "within a day of starting the account, the user changed its profile picture to an image seen on a number of websites and videos sympathetic to Hezbollah."

According to The Long War Journal article, the third account contained restrictions to limit public viewings and more information could not be culled from the account.

Barnett, who uncovered the Facebook accounts, wrote: "While it is currently close to impossible to definitively say that any of these accounts are tied to the Meliad Farah wanted in connection with the Burgas terror attack, there are lots of coincidences. Almost too many."

Meanwhile, it was reported that the suspected Hezbollah operatives behind the Burgas attack smuggled a detonator and remote control device from Poland into Bulgaria.

The Bulgarian daily Trud reported on Monday that the bomber, who remains unidentified, and the two additional Hezbollah suspects, smuggled the bomb devices on a train from Warsaw on June 28, 2012.

The bomb components were used to detonate explosives in an Israeli tour bus at the Black Sea resort town of Burgas, resulting in the deaths of five Israelis and their Bulgarian bus driver.

Last week, Bulgaria's Interior Ministry disclosed the names of the two suspects who are believed to be in Lebanon.

Trud reported that the dual national Lebanese-Australian citizen Meliad Farah, who is also known as Hussein Hussein, assembled the bomb once in Bulgaria. The second suspect is a dual Lebanese-Canadian citizen named Hassan El Hajj Hassan.

According to media reports in June, Poland hesitated to support the EU's move to designate Hezbollah's military wing as a terrorist organization.

It is unclear if the Polish government was concerned about Hezbollah's retaliation in Poland.

Farah and Hassan used three Eastern European countries for their terrorist operation. After the men detonated the bomb, they fled to Romania and then escaped to Lebanon. Hezbollah has used Europe over the last several years to conduct meetings to plan terrorist operations.

In March, a Cypriot court convicted Swedish-Lebanese national Hossam Taleb Yaacoub, a Hezbollah member, of a plot to murder Israelis in Cyprus. Yaacoub used Lyon, France and Amsterdam to hold meetings with his Hezbollah handlers.

The EU sanctioned Hezbollah's military wing as a terrorist organization last Monday in Brussels. The Israeli government, the US, Canada and the Netherlands sought a full terror designation of Hezbollah because of the organization's global terrorism and the monolithic structure of the Lebanese Shi'ite organization.

Bahrain declared Hezbollah to be a terrorist organization in April. The Gulf Arab countries plan sanctions against Hezbollah, which could include seizure of assets, freezing of accounts, deportation of Hezbollah members and travel restrictions.

According to the Saudi Arabian newspaper Al-Watan, the six Gulf Cooperation Countries (GCC) – Bahrain, Kuwait, Oman, Qatar, Saudi Arabia and the United Arab Emirates – are slated to slap Hezbollah with sanctions that are "more comprehensive than the EU's decision."

The GCC rejects the EU's dichotomy of Hezbollah into military and political wings.

Benjamin Weinthal is a European affairs correspondent for The Jerusalem Post and a fellow with the Foundation for Defense of Democracies. The Long War Journal is a FDD sponsored project.