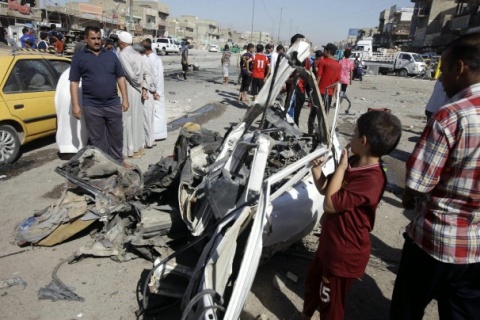 A wave of car bombs has killed at least 51 people in mostly Shia areas of Baghdad and in other cities in Iraq.

More than 200 people were wounded in the attacks, officials said, according to the BBC.

The Baghdad bombs, hidden in parked cars, hit markets and car parks in several areas of the city, police say. The deadliest was said to have hit the eastern Shia district of Sadr City.

One bomb also exploded in Mahmudiya to the south of the capital, killing at least two people. In the city of Kut, south-east of the capital, at least seven people were killed when two car bombs blew up. There are also reports of a car bomb going off in Basra.

While the violence is below levels seen during the peak of the insurgency in 2006 and 2007, bombings remain common in Iraq and as many as 700 people are believed to have been killed this month.