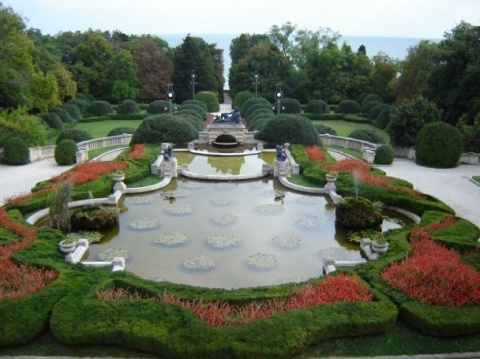 Bulgarian anti-government protesters are organizing themselves on Facebook to stage rallies and blockades at the official State summer residence Evsinograd, near the Black Sea city of Varna.

The relentless rallies are to be moved from the capital Sofia to the seaside as Members of the Parliament and of the Cabinet are expected to arrive there next week for their summer vacation.

The first demonstration is scheduled for Monday, August 5, 2013 at 7 pm.

According to information from Facebook and Twitter, the protesters plan to block access to the residence from land, sea, and air. People on delta planners are going to participate, publications on social networks reveal.

Members of the most active groups "One Sea – One Maritime Garden," and "Let's Blockade Evsinograd," write that on August 5 the two entrances to Evsinograd from the main Varna - Golden Sands road, the adjacent bay of the Trakata site and its beach, bordering the one of the residence, will be barricaded.

In emerged in recent days that despite the persistent and mass protests in the capital Sofia demanding the Socialist-endorsed Cabinet of Prime Minister, Plamen Oresharski, resigns immediately, the MPs and the ministers are planning to shorten their August summer break only by two days and only to pass the controversial update of State budget 2013.

According to the Parliamentary Code, the MPs' vacation always starts on August 1 and lasts the entire month.

They, however, plan to work on August 1 and 2 (Thursday and Friday) and dedicate the entire session Friday to the so-called "parliamentary control," when ministers answer questions of lawmakers.

They also plan to return on Monday, August 26, to work in respective committees, while the first plenary hall sitting is scheduled for September 4.

Meanwhile, Bulgarians protested once again Monday by staging the now-traditional coffee-drinking anti-government rally in front of the Parliament building in downtown Sofia.

The morning protest is to merge with the traditional afternoon rally, the 46th in a row, starting 6.30 pm in front of the Council of Ministers building.

The series of anti-government protests in Bulgaria was triggered by the scandalous appointment of a murky politician and businessman to lead the State Agency for National Security (DANS).