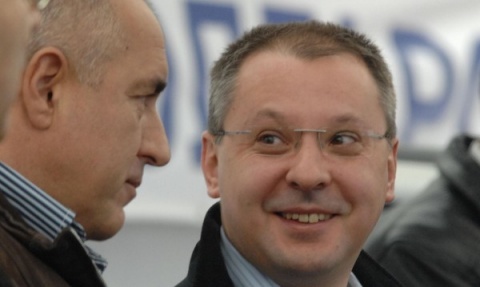 Bulgarians remain divided in their approval or disapproval of the two biggest parties in the country - the opposition center-right GERB and the left-wing Socialist party, according to a freshly released poll of the Sova Harris agency.

If the elections were to be held now, the Citizens for European Development of Bulgaria party, GERB, would gather 16.9% of the vote, while the Bulgarian Socialist Party, BSP, will get 19.3%.

The other parties likely to pass the 4% election threshold and enter the country's next parliament are the liberal predominantly ethnic Turkish Movement for Rights and Freedoms with 7.8% and the recently-founded right-leaning Reformist Block with 3.9%.

The nationalist parties Ataka and National Front for Salvation of Bulgaria, NFSB, are also close to 4%.

60% of the respondents have said if elections were to be held now they would vote and they have made their choice.

48% support the relentless protests demanding the resignation of the Socialist-endorsed Cabinet of Prime Minister, Plamen Oresharski, while 38% oppose them.

Only 22% believe the protesters offer constructive solutions in case their demand is met.

63% want a dialogue between the demonstrators and the government to seek such solutions.

Among institutions, the public radio and TV and the Bulgarian Orthodox Church enjoy the highest ratings, while the judiciary is, in already a tradition, at the bottom.

The European Commission and European Parliament also have high ratings. They have been included in such poll for the first time as Sova Harris believe they have direct influence on the country's home affairs.