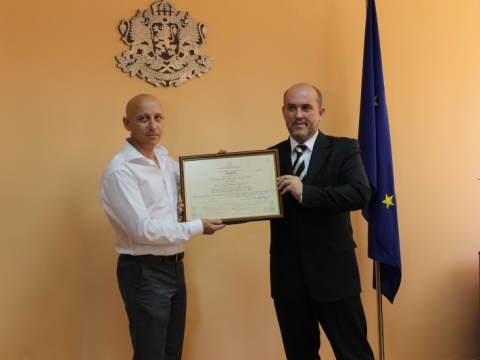 Walltopia, a Bulgarian manufacturer of artificial climbing walls, will invest a total of BGN 7.22 M and create 37 jobs in a research and development center, which is one of the first projects in Sofia Tech Park.

On Friday, the project was awarded a first-class investor certificate in the sphere of hi-tech and innovations which gives the right to fast-track administrative service, according to reports of dnevnik.bg.

The research and development complex is part of the company's project for the construction of a sports and recreation facility called "Collider Activity Center."

The complex will be situated in Sofia's Mladost 3 residential district, next to the subway station, on a territory of 22 decares owned by the investor.

It will include a number of wallclimbing halls for all levels, a fitness center, a multifunctional sports and event hall, a SPA center, a restaurant, a caf? and a bar.

The remaining part of the terrain will be used as a park offering climbing walls for different skill levels and climbing styles.

According to reports of mediapool.bg, Walltopia's project is to be completed by early 2016.

Responding to criticism by Economy and Energy Minister Dragomir Stoynev about the slow pace of progress of the project, Elitsa Panayotova, CEO of Sofia Tech Park, drew attention Friday to the cooperation with the Sofia University "St. Kl. Ohridski, the Technical University of Sofia, the Bulgarian Academy of Sciences, and the business sector".

She noted that partnership contracts had already been signed with the Bulgarian Cluster "Telecommunications" and the Cluster Microelectronics and Embedded Systems.

Panayotova, as cited by mediapool.bg, informed that one other company besides Walltopia had shown interest in making an  investment of its own on the territory of Sofia Tech Park instead of being a tenant.

Sofia Tech Park, Bulgaria's first technological park, is to cost EUR 50 M, EUR 42 M of which will be provided under Operational Program Competitiveness and the remaining EUR 7.5 M will be national co-financing.

Sofia Tech Park is to be built on a terrain of 270 decares n the 4th kilometer intersection of the Tsarigradsko Shose Blvd in Sofia.

Sofia Tech Park is to have a functioning section by end-2015.