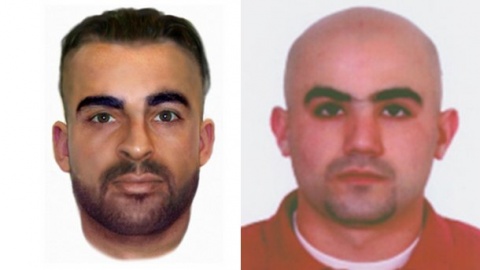 Bulgaria's Interior Ministry has distributed photos and information about wanted persons in connection with last year's terror attack in the Black Sea city of Burgas.

One year after the deadly terror attack at the Sarafovo airport, the authorities are asking Bulgarians to cooperate and provide information about the two, who are believed to have been involved in the attack.

The two are identified as Meliad FARAH (also known as Hussein HUSSEIN), born on November 5, 1980, Australian citizen, and Hassan El HAJJ HASSAN, born on March 22, 1988, Canadian citizen, according to the media statement of the Interior Ministry.

In the period June 28 – July 18, 2012, they were spotted in the regions of the cities of Ruse, Varna, Nessebar, Sunny Beach, and the village of Ravda.

The suspects are believed to have registered in hotels and accommodation sites with fake ID cards under the following names: Brian Jeramiah JAMESON, Jacque Philippe MARTIN and Ralph William RICO, and to also have hired cars using these identities.

In July 2012, FARAH hired a Renault Clio with a registration plate A9027KT in the village of Ravda.

People who have information on the case are invited to come to the nearest police station and their anonymity is guaranteed.

Meanwhile, Bulgarian Interior Minister Tsvetlin Yovchev refused to comment on the progress of the investigation of the Burgas bus bombing and the media statement asking for information about the two suspects.

In order to not obstruct the investigation, Yovchev refused to shed light on their role in the terror attack.

"What has already been published is the only information which can be revealed at this stage. We keep working. The colleagues have ideas what to do and how. I am positive that we will also have better results" he pointed out, adding that the Interior Ministry had also received data from international partners which confirmed the conclusions already made.

On July 18, 2012, a bus carrying Israeli tourists exploded at the Sarafovo airport in Burgas, killing 7, including five Israeli tourists, the Bulgarian bus driver, and the perpetrator of the attack, and injuring 35.

On July 22, 2013, the EU's 28 Foreign Ministers reached a unanimous decision to include the armed wing of Hezbollah in its list of terror organizations.