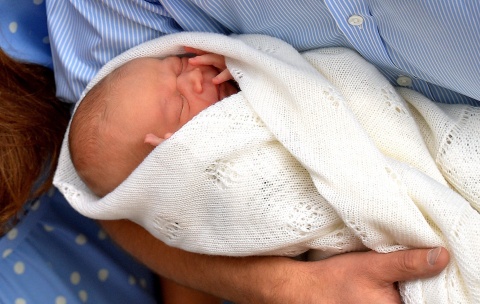 Britain’s Queen Elizabeth II has paid a visit to her new great-grandson, the son of the Duke and Duchess of Cambridge.

The half-hour visit to Kensington Palace came after the new family spent their first night at home, the BBC informs.

They left St Mary's Hospital in west London on Tuesday evening, where the duke told reporters they were yet to name the third in line to the throne.

The Queen had told a guest at a Buckingham Palace reception on Tuesday that she was "thrilled" about the latest addition to the royal family.

The Queen was not the first visitor to meet the royal baby prince. The Prince of Wales and Duchess of Cornwall, and Catherine's parents, Carole and Michael Middleton, paid visits to the hospital yesterday afternoon.

Prince Charles visited his first grandchild and the third in line to Britain's throne, accompanied by his wife Camilla Parker-Bowles.