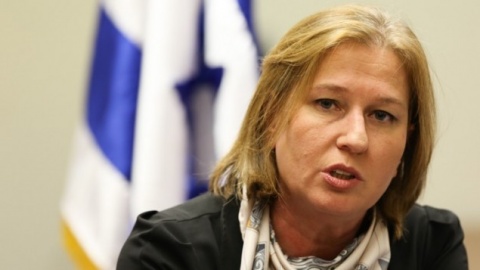 Israel’s Justice Minister Tzipi Livni has welcomed EU’s decision to include the military wing of Hezbollah in its list of terrorist organizations.

Writing on her Facebook, Livni said that after years of struggle, debate and deliberation, the EU finally made the right decision.

"Finally...after attempts to argue that they were also a political party which whitewashes their terrorist activities," Livni said, as cited by The Jerusalem Post.

In an interview with The Guardian earlier on Monday, Livni lauded the separation of Hezbollah as a political and military entity, stating: "A firm distinction between legitimate political parties and terrorist organisations is crucial for the survival of freedom, democracy and moderation."

EU's Foreign Affairs Council decided on Monday to put the armed wing of Hezbollah on the EU's list of terrorist organizations.

The decision comes one year after the July 18 tragic incident at the Sarafovo airport, which killed seven, including five Israeli tourists, the Bulgarian bus driver, and the perpetrator of the attack.