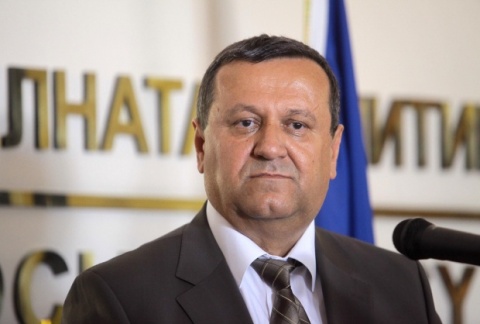 Hasan Ademov, Bulgaria's Minister of Labor and Social Policy, has said that the funds scheduled for absorption by end-2013 under the Operational Program "Human Resources Development" of the European Union, EU, equal the sum total of EU resources absorbed by the previous governments in 5 years.

"The risk of losing funds in 2013 has not been entirely eliminated yet. Nevertheless, the Human Resources Development OP has registered the biggest growth in payments and tranches, released by the European Commission since the beginning of 2013," Ademov stressed.

Ademov listed three main steps to be taken by the Ministry of Labor and Social Policy in a bid to minimize the risk of losing funds:  transferring resources away from underperforming schemes to more attractive ones, reporting the costs to the Finance Ministry on a monthly basis, and simplifying a part of the procedures for the implementation of the schemes.

He said that the Labor Ministry did not plan to launch new schemes under the "Human Resources Development OP in the current programming period, adding that the modernization of the labor market institutions would continue in the 2014-2020 period.

Ademov noted that the support for offering specialized trainings to officials at institutions operating in the labor market sphere, working conditions, social services and the healthcare system, would be included in a separate priority axis.

Ademov also accounted for the sum of BGN 927 M allocated under the HRD OP to reducing unemployment and encouraging employment, emphasizing on the BGN 260 M "Development" scheme targeting unemployment.

"By end- May, under the development program more than 57 000 people were trained with new jobs provided for more than 54 000," Ademov specified.

The minister announced that due to the employers' considerable interest in the human resources development program, its budget will be increased by BGN 31 M, which will, in turn, raise the number of employees.

"The main contributors to improvement of the qualification level and the key competencies of the employees are the "I can" program and its continuation "I can more"," Ademov said, adding that more than 149 000 people have taken part in the two programs, with 105 000 of them successfully going through a job training.

Ademov argued that the EU OP "Human Resources Development" implements measures for the smooth transition of youth from education to employment.

"Around BGN 76 M is earmarked for unemployed youth integration into the labor market. It enabled more than 15 000 young people to study and more than 13 000 to start an internship or a paid work," Ademov stressed.

In connection to the employment of handicapped citizens, Ademov announced that under the OP a number of projects, related to socially-oriented economy and services, are supported; BGN 240 M have already been provided; 620 contracts have been signed,  and more than 50 000 handicapped have been helped.

Ademov drew attention to the "Help at Home" program, under which 165 contracts have been signed, securing more than BGN 32 M, with the Bulgarian municipalities being the beneficiaries. The program brings social services at the homes of handicapped and elderly citizens, who cannot take care of themselves.

The budget of the "Alternatives" program, which has provided 'private assistants' to 10 000 people, was increased by more than BGN 40 M in 2013, thus securing the program's existence till March 2014.

"The deinstitutionalization process is a priority for the Social Ministry," Ademov assured, adding that BGN 50 M under the OP has been earmarked for its implementation.

"Under "I also have a family" program, a sustainable model for the development of alternative family environment for orphans was implemented," the minister stated, specifying that by  June 30, 2013, 600 children received foster care housing.