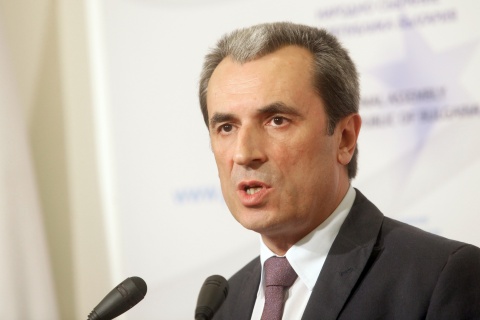 Bulgaria's Prime Minister Plamen Oresharski has drawn attention to the fact that Bulgaria receives the smallest amount of cohesion funding per capita in the EU.

Responding to questions of Sergei Stanishev, leader of the Bulgarian Socialist Party, BSP, and Lyutvi Mestan, leader of the ethnic Turkish Movement for Rights and Freedoms party, DPS, on the talks on the EU's multi-annual financial framework (MFF) and Bulgaria's stance on the matter, Oresharski noted that the government had made a commitment to plan the next programming period so as to provide an optimal distribution of funds.

Reminding that the EU Member States had agreed on a common position on the EU's MFF during the February 7-8 meeting of the EU Council, he said that Bulgaria was to receive EUR 7 B in cohesion funding for the 2014-2020 period, similar to the amount allocated during the ongoing period.

"However, due to the accumulated inflation rate, the purchasing power of the apportioned funds has dropped by around 10 %. The sum is also smaller in proportion to the GDP. Data shows that the net balance has deteriorated, from 4.3% of the GDP in the 2007-2013 programming period, to 3.99%, or 4% as a rounded value, for the next programming period," Bulgaria's Prime Minister said in Parliament, as cited by the Bgnes news agency.

He emphasized that the increase in direct payments in 2014-2020 had been negotiated back in 2005, meaning that the former center-right government (2009-2013) of Prime Minister Boyko Borisov could not take the credit for it.

"In February 2013, the government failed to secure an agreement on direct payments to farmers,  and the scheme negotiated in 2005 remained in force," Oresharski said.

He emphasized that the funding for rural development had been decreased by 10%.

Bulgaria's Prime Minister informed that the budget of over EUR 2.6 B under the Rural Development Program for the 2007-2013 programming period had been downsized to EUR 2.383 B for the 2014-2020 period, despite the fact that some EU countries expected an increase in this type of funding.

"The amount of funding under the rural development program was announced in June 2013, but was negotiated in end-2012. In February 2013, when almost all EU member states received bonuses to adopt the MFF, the Bulgarian delegation failed to negotiate additional resources of this type, despite the fact that the poorest EU regions are in Bulgaria. In comparison, Greece received an extra EUR 1. 375 B, Portugal - EUR 1 B, Germany - EUR  710 M and the Czech Republic - EUR 900 M. Bulgaria failed to justify  its need of additional funds, even for its North- Western region, which is the poorest EU region," Oresharski declared.