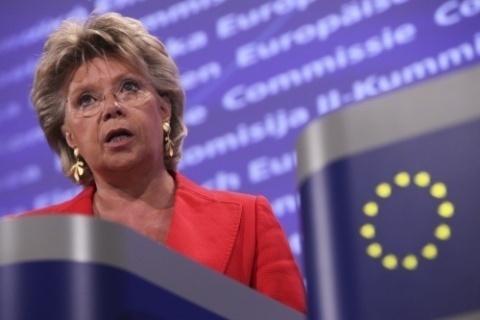 "My sympathies are on the side of Bulgarian citizens, who are in the streets to protest against corruption," said the EC Vice-President in an interview for the Bulgarian 24 Chasa daily Friday.

"It is now high time to deepen efforts for reform of the Bulgarian judiciary and for fight against corruption and orgganized crime," added Reding.

"The political situation in Bulgaria is polarized. The EC calls on all political actors in the country for consensus in the name of Bulgaria's stability and prosperity," said she.

Reding stressed that the Commission is respecting the right of EU member states to autonomously regulate internal affairs, but added that certain domestic processes can reflect on the Union as a whole.

Viviane Reding will make an official trip to Bulgaria Monday and Tuesday next week to hold a number of meetings with high ranking Bulgarian persons of state.