Another Notorious, Scandalous MP Swears in at Bulgaria’s Parliament 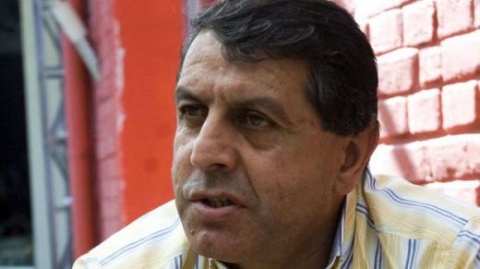 Bulgaria’s new member of parliament Alexander Metodiev AKA Sali, from the Roma quarter of the town of Samokov, is known as a Roma clan boss, involved in criminal activities such as vote buying, fraud, beatings and extortion. File photo

A notorious Roma clan boss replaced on Friday Emil Ivanov, who was released from his MP duties in order for him to assume the post of Regional Governor of Sofia, a highly controversial election, which triggered fresh protests.

Ivanov was elected MP on the ticket of the liberal, predominantly ethnic Turkish party Movement for Rights and Freedoms, DPS. He was a long-term Mayor of the town of Svoge and Regional Governor of Sofia during the government of the Three-Way Coalition (2005 – 2009). The news about the appointment triggered a fresh wave of protests rallies with people gathering at the headquarters of the Sofia regional administration on the main "Vitosha" boulevard as early as Tuesday.

The demonstrators reminded that Ivanov has a criminal record and a 2.5-year sentence for battery of a local man from Svoge. He is also linked to one of the most notorious organized crime groups from the 90s – VIS.

Ivanov is replaced as MP by the next person on the ballot, another notorious and scandalous individual – Alexander Metodiev AKA Sali, from the Roma quarter of the town of Samokov.

Metodiev is known as a Roma clan boss, involved in criminal activities such as vote buying, fraud, beatings and extortion.

An investigative report of Nova TV exposed him in providing illegal use of electric power in Samokov's Roma district.

Locals told the reporter that they were using electricity without meters and were paying Sali BNG 20-30 a month.

Metodiev has also been linked to the severe thrashing of a football referee during a game between two amateur teams, one of which was the Samokov Roma one. Meanwhile, Bulgarians are staging once again on Friday the now-traditional coffee-drinking anti-government rally in front of the Parliament building in downtown Sofia.

They met the MPs arriving for work with shouts: "We want Sali to become Energy Minister," "The Marguin Brothers for Regional Governors," and "The Galevi Brothers for Interior Ministry Chiefs," among others.

The morning protest is to merge with the traditional afternoon rally, the 36th in a row, starting 6:30 pm on Independence square in front of the Council of Ministers building. Although the appointment was revoked, the people went on to demand that the Socialist-endorsed cabinet of Prime Minister, Plamen Oresharski, resign collectively over ties with oligarchs.