Chair of Bulgaria's Conflict of Interest Commission Charged with Malfeasance 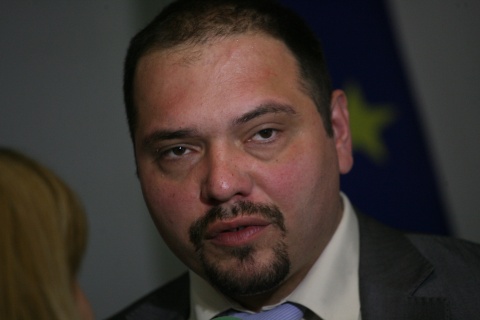 Filip Zlatanov, Chair of the Commission on Prevention and Ascertainment of Conflict of Interest (CPACI), photo by BGNES

Bulgaria's prosecuting authority has pressed charges of malfeasance in office against Filip Zlatanov, Chair of the Commission on Prevention and Ascertainment of Conflict of Interest (CPACI), according to Deputy Chief Prosecutor Borislav Sarafov.

Sarafov, as cited by the Focus news agency, made clear at a Wednesday press conference that Zlatanov had been charged with malfeasance in office as described in Article 282 of the Penal Code.

Sarafov said that the authorities had seized computer and data processing equipment, including Zlatanov's computer, and "a very interesting notebook."

Zlatanov is said to have received instructions about the progress of certain cases.

"He wrote these instructions in his notebook, which we seized, and which we will present to you. It was found in his bureau. Zlatanov complied with the instructions – to strike, to postpone, to delay, and even to hide cases," Sarafov stated.

During the press conference, notes from the notebook mentioning the name of Bulgarian President Rosen Plevneliev were shown.

Another note from the notebook was "E.D., MP of GERB, to be stricken in a month."

Sarafov did not specify whether Plevneliev had issued instructions or had been negatively affected by them.

He made clear that the person who had ordered the offences was clear.

Bulgaria's Deputy Chief Prosecutor also told journalists that all of the people mentioned in the notebook would be examined.