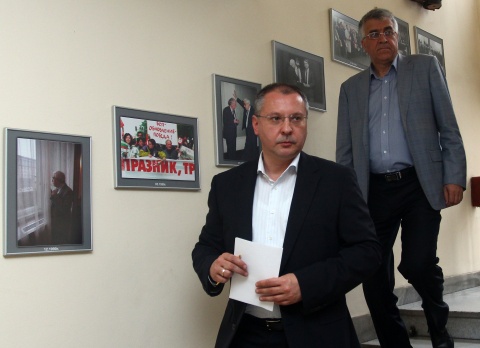 The Bulgarian Socialist Party (BSP) mulls a new law on mortgage loans which will boost consumer protection, according to BSP leader Sergei Stanishev.

The measure was announced by Stanishev after a Tuesday sitting of the Executive Bureau of BSP, while the proposals negotiated with the banking sector were presented by BSP MP Rumen Gechev, former Deputy Prime Minister for Economic Development in the Videnov government (1995-1997), according to reports of dnevnik.bg.

Gechev made clear that the socialists proposed stopping mortgage payments on homes, sole places of residence, which the bank had seized from the borrower and sold it to cover the debt.

He informed that the loan was to be considered paid off in such cases, which would put an end to the current practice of banks selling the property at lower prices through private judicial enforcers and asking the debtor to cover the remainder.

He said that BSP was still discussing the ideas with banks but refused to disclose details.

Gechev noted that the texts of the legal provisions were to be ready by end-2013, adding that if the new rules were adopted, they would only apply to new mortgage loans.

He declined to comment on allegations that the step would increase borrowing costs but emphasized the need to achieve a better balance between the interests of banks and borrowers.