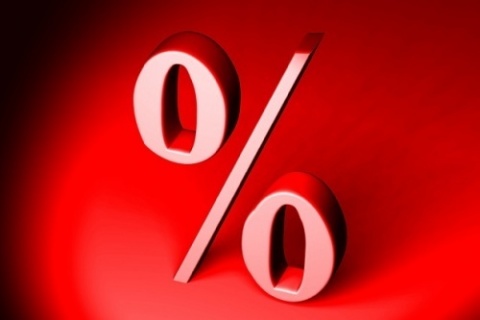 The proposed changes by the Bulgarian government in Budget 2013 will increase the deficit by 2.0% of forecasted GDP. File photo

The Bulgarian Socialist-endorsed government of Prime Minister, Plamen Oresharski, is ready with the update of State Budget 2013.

The Finance Ministry reported Tuesday that under the law for amending the State Budget, it proposes a revision of the forecasted revenues and the implementation of part of the most urgent stabilization measures of the government's program. The measures aim at growth, improvement of the business environment and support to disabled people.

The current estimates for revenue underperformance are attributed to the optimistic assumptions in the macro-framework forecast at the time of planning the Budget 2013, along with the underestimated effects of legislative changes pertaining to regimes and deadlines for declaration and payment of some taxes, the shrinking of domestic demand, the dynamics of exports and imports and the exchange rate fluctuations.

The impact of these factors and the low rate of collection of Value Added Tax, VAT, and of excise duties affect the revenue portion of the budget.

The revenues from tax on interest earnings have also been highly overestimated, the Finance Ministry reports.

Due to the already undertaken measures, the expected underperformance of tax revenues under Budget 2013 amounts to around BGN 555 M, compared to the initial estimates of the revenue agencies - almost BGN 980 M (1.2% of forecasted Gross Domestic Product, GDP).

At the same time, there is no flexibility or buffers in respect of expenditures, which could counter the pressure on the budget and the expected revenue underperformance.

Ministries and agencies have placed insistent requests for additional resources exceeding BGN 500 M (0.6% of forecasted GDP). Since not all requests can be fulfilled, the Finance Ministry is taking measures to prioritize and optimize expenditures under their budgets.

Additional resources for investments in the budget of the Health Ministry and for farmers are also foreseen.

An additional BGN 40 M are planned to ensure social payments for the most vulnerable groups.

In order to encourage the social commitment of employers, the approved annual quota for food vouchers for 2013 will be increased from BGN 160 M to BGN 200 M.

The revised forecasts for 2013 are for economic growth of around 1%, which is a more pessimistic scenario, compared to the one provided in the macro-framework of Budget 2013 - growth of 1.9%.

With it, the deficit still remains within the ceiling of 2.0% of GDP under Article 20(4) of the Organic Budget Law and meets the Maastricht criteria.

The proposed deficit increase determines a change in the maximum amount of the new government debt to be assumed in 2013.

The 6-month GS to the amount of BGN 800 M, issued urgently on the domestic market in February 2013, has actually depleted the approved ceiling.

On the other hand, a buffer in the fiscal reserve has to be provided to minimize eventual liquidity risks. The provision of additional debt financing to the amount of BGN 1 B will not affect the legally required ceiling of the maximum government debt amount of BGN 14.6 B by the end of the year.

The government pledges that the proposed revision of the 2013 State Budget will be implemented while preserving the financial and fiscal stability of the State and ensuring a more realistic basis for the 2014 Budget preparation.