2 Die in Coal Mine Collapse in Bulgaria 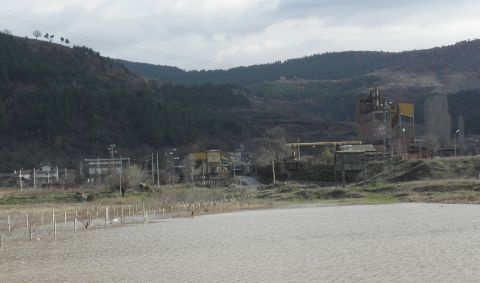 The Oranovo coal mine near the town of Simitli in southwestern Bulgaria has collapsed Tuesday morning, killing two workers inside.

A total of four miners, all local people, have been trapped underneath 50 meters of land mass. Rescue teams are still searching for two of them, hoping they have survived.

The Mayor of Simitli has denied reports of explosion in the mine.

The collapse happened around 9:30 am. It remains unknown why the call about the incident has been placed to the emergency 112 hotline at 11 am.

Fire trucks and ambulances are at the scene now.

The Blagoevgrad Regional Governor, Musa Palev, is on his way to the mine.

The Minister of Labor and Social Policy, Hassan Ademov, explains that he has been informed that the entrance is blocked by the collapse and the rescue teams are providing fresh air inside to help the people there.

The mine trade union leader is quoted in saying the conditions in Oranovo were deplorable, with frequent small collapses, while salaries have been often delayed for long periods of time.