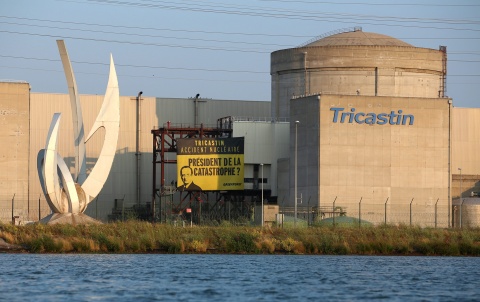 French police authorities have arrested some 30 Greenpeace environmental activists who broke into a nuclear power plant.

They projected a video on the side of one of the plant's buildings that said "Tricastin Nuclear Accident" and showed the image of a giant crack forming across the building's facade.

Police said French activists were accompanied by Italians, Romanians and Spaniards. Some chained themselves to parts of the building, making the police operation to detain them difficult, according to the BBC.

The French Interior Ministry has noted that the demonstrators did not get into the most secure areas of the nuclear power plant.