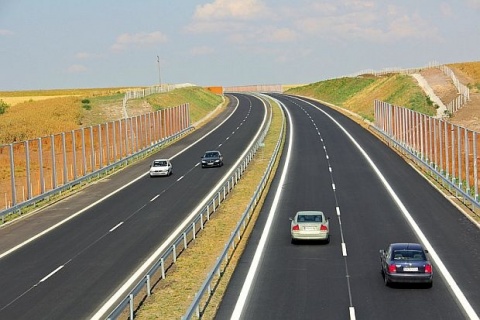 The construction of the Trakiya highway in southern Bulgaria started in 1973, but was stopped several times due to lack of money. Photo by BGNES

The last section of the Trakiya highway in southern Bulgaria, connecting the capital Sofia and the Black Sea city of Burgas, which has been built for 40 years, was finally launched on Monday, July 15.

After the Monday launch, for a first time Bulgaria has not only a highway that connects Sofia to the Black Sea, but also its first completed highway ever.

The decision to build it as part of the highway ring to also include the Hemus highway between Sofia and the Black Sea city of Varna and the Black Sea highway along the coast was made in 1965 and the construction started in 1973, both under the Communist regime of Todor Zhivkov.

The construction was stopped several times due to lack of money and several corruption scandals related to public tenders.

The first section between the capital Sofia and the second largest city of Plovdiv was launched in 1985, still under Zhivkov's rule.

As the entire highway opens Monday, the above section has been repaired at least four times.
In 1995, PM Zhan Videnov, elected on the mandate of the Bulgarian Socialist Party, BSP, opened another 32 km between Plovdiv and Orizovo, bringing the total length to 142 constructed kilometers in 22 years. Another 4 km were added in 2001.

The total length of the Trakiya highway is 360 km.