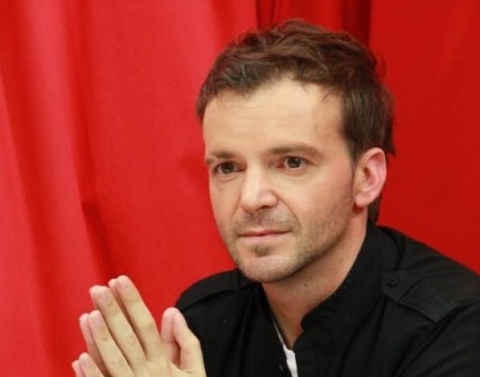 A young Bulgarian man has staged a new form of protest against the Socialist-endorsed government of Prime Minister, Plamen Oresharski, by climbing to the top of a chimney of a Thermal Power Plant in Sofia.

The call to the police has been placed around 1 pm Sunday. The authorities have established the identity of the man as Igor Shabov, one of the finalists in the reality show "The Voice of Bulgaria."

Police patrol cars and journalists are at the scene.

A team of three psychologists is currently negotiating with Shabov, along with his mentor in the show, Bulgarian all-time star rock musician Kiril Marechkov.

Marechkov says he has spoken with Shabov twice, but the latter had refused to come down until his demands are heard. He, however, has not been threatening to jump from the chimney.

The young man is dressed in a hooded sweatshirt, and has been seen talking on a cell phone and using a laptop.

Marechkov, himself an active participant in the anti-government protests, says he does not support extreme actions such as hunger strikes, self-immolations and anything else that poses a life threat.

Meanwhile, the police are investigating possible breaches of security at the Zemlyane TPP, which is guarded by a private security firm, in order to find out how was it possible for Shabov to access the chimney.

Sunday is the 31st day of protests in Bulgaria.

The series of anti-government protests in Bulgaria was triggered by the scandalous appointment of controversial media mogul Delyan Peevski as Chair of the State Agency for National Security (DANS).