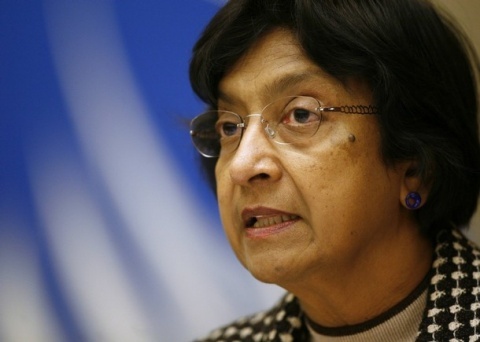 UN human rights chief Navi Pillay has commented on the case of former US intelligence contractor Edward Snowden, saying it showed the need to protect people who uncovered abuses.

Pillay called on all countries to protect the rights of those who uncover abuses and stressed the need to respect the right for people to seek asylum.

“National legal systems must ensure that there are adequate avenues for individuals disclosing violations of human rights to express their concern without fear of reprisals," said Pillay.

"Snowden's case has shown the need to protect persons disclosing information on matters that have implications for human rights, as well as the importance of ensuring respect for the right to privacy,” she added.

On Friday, Snowden met human rights groups and lawyers at a Moscow airport, in his first appearance in three weeks.

In a statement, Snowden said he was seeking asylum in Russia because he was unable to travel to Latin America, where Venezuela had granted him asylum.

He had dropped an earlier Russian application after Moscow said he could stay only if he stopped the US leaks.