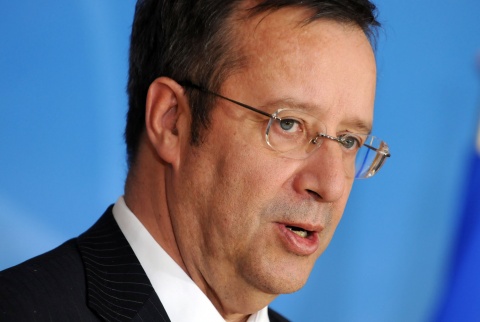 Ilves has flatly denied that Estonia is involved in any cyber snooping. Photo by NATO

Europeans have overreacted to allegations that the United States had been spying on them, the president of cyber-savvy Estonia said in an interview.

"I could understand such condemnation from European countries that are lily white virgins and not themselves involved in these kinds of activities," Estonian President Toomas Hendrik Ilves told Estonia's leading Postimees daily.

"But it is very hard to understand the criticism when you know how some big European states have acted in a similar way," he said, pointing to recent revelations of German, French and British surveillance programmes.

Ilves has flatly denied that Estonia is involved in any cyber snooping.