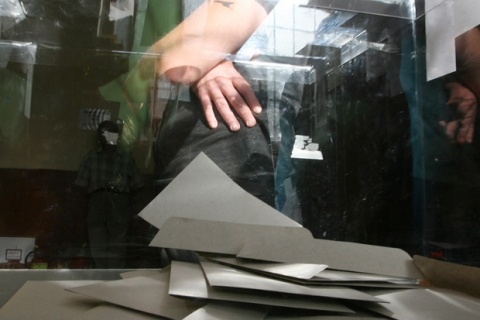 Bulgarians are divided in their opinion about the government resignation and new snap general elections, according to a recent poll. File photo

If general elections were to be held in Bulgaria in the month of July, the left-wing Bulgarian Socialist Party, BSP, would still prevail with 21.6% of the vote, according to a recent poll.

The opposition, formerly-ruling center-right Citizens for European Development of Bulgaria party, GERB, came second with 17.8%, while the liberal predominantly ethnic Turkish Movement for Rights and Freedom, DPS, is third with 6.7%.

The poll has been conducted between June 27 and July 4 by Gallup International among 1 013 Bulgarians in voting age.

In July, the far-right nationalist Ataka gets only 1.8% support, compared to 3.6% in May.

The rival nationalist party National Front for Salvage of Bulgaria, NFSB, enjoys increasing support with 2.4% in July, compared to 1.3% in June. The party came very close to the 4% parliamentary threshold in the May 12 snap general elections.

The party of former EU Commissioner, Meglena Kuneva, Bulgaria for Citizens registers 2.6% support in July. It had 3.7% in May.

41% of the respondents say they agree the Socialist-endorsed Cabinet of Prime Minister, Plamen Oresharski, must resign, but another 40% want to government to continue its term. 19% have no opinion.

Regarding the mass and persistent anti-government protests, now in their 28th day, 43% say they must stop, while 39% support their continued staging. 18% have no opinion.