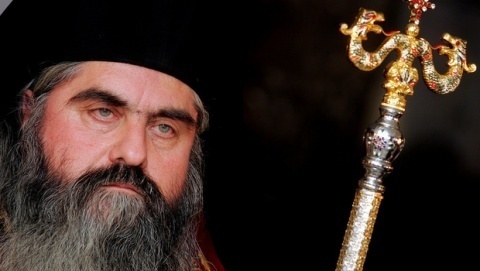 The rumors about foul play in the drowning death of Varna metropolitan bishop Kiril are complete non-sense, according to bishop Tihon.

Tihon, who leads the Alexander Nevsky cathedral in the Bulgarian capital Sofia, says that he had received information from Varna that Kiril died from hypothermia after diving in a very cold Black Sea current.

The metropolitan's body was discovered on a beach in the exurban area of Trakata near Varna on Tuesday.

The Orthodox Church has refuted initial reports that authorities may suspect foul play, saying in a statement that "the information in the mass media of a violent death is not confirmed in any way at this stage by the Varna police."

The Varna District Prosecutor's Office also said Tuesday that there was no evidence so far pointing to foul play.

Prosecutors have opened a probe and started to question witnesses to determine the cause and circumstances of Kiril's death.

Tihon said Wednesday that the tragic news caught everyone by surprise as the metropolitan had been known to be an excellent swimmer.

"We, humans, tend to overestimate our abilities. The truth is that such cold stream can freeze muscles and the person is no longer able to breath or move," the Sofia bishop says.

He added Kiril was an individual adored by some and hated by others.

"Let's not remember him with his "expensive" automobile, which was not that expensive after all, but with him caring about young drug addicts in his eparchy," Tihon stressed.

He explained that an interim Varna metropolitan would be designated in days to prepare elections within a 3-month deadline. Two bishops' nominations would be presented to the Holy Synod, which is to make the final choice.

The Holy Synod of the Bulgarian Orthodox Church is holding an emergency sitting Wednesday to decide on Kiril's replacement.

Kiril's portrait and a condolence book are on display at the Varna Bishopric for people wishing to pay him a tribute and the bells of the Varna Cathedral are ringing in mourning on the hour.

The Diocesan Council decided Tuesday that the homage of the body will be held Thursday at 8 am in the Varna Cathedral "Assumption of Mary." The holy liturgy will start at 9 am.

Controversial bishop Kiril was born Bogomil Petrov Kovachev on June 8, 1954. He has been metropolitan bishop of Varna and Veliki Preslav since 1989.

There have been many reports that Kiril has been selling and distributing lucrative Church property illegally, meddling in the work of the Church Boards.

He was the one who replaced the Church Board in the village of Rogachevo, which is near the beach, because its members refused to sell their property. Eventually, it was sold cheaply to some Ukrainian businessman. bTV journalist Genka Shekerova filmed an investigative report about this infamous case in 2007.