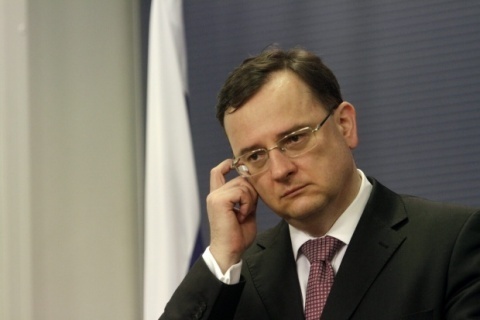 Czech prosecutors have asked the lower house of Parliament to lift the immunity of former Prime Minister Petr Necas, as he may face criminal charges.

It is yet to be revealed what the intended charges are.

Earlier in June, Necas formally stepped down in an effort to end political turmoil over a corruption inquiry.

The resignation follows a corruption and spying scandal that has dominated headlines in the country.

The scandal with a spectacular police raid on June 13, involving 400 officers, many of them masked, searching the government offices on the banks of the Vltava River as well as 30 other buildings.