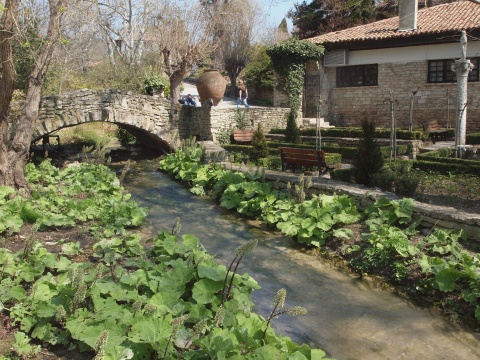 Tourism managers from Bulgaria, Romania and Moldova have established a new tourist route which targets Europeans, citizens of the former Soviet republics, as well as Bulgarians, Romanians and Moldovans.

The tour is to last eight days, seven nights, and to offer a range of attractions, according to reports of Romanian daily Adevarul, as cited by the Bulgarian Telegraph Agency.

The tourists will be able to visit rock-cut monasteries, wineries, spa resorts, boarding houses for rural tourism, as well as sunny beaches and enchanting scenery along the Danube delta.

The tour starts in Chisinau, the Moldovan capital, and includes the Bulgarian Black Sea resorts of Albena and Balchik, the Orheiul Vechi monastery and the city of Kahului in Moldova and the resort of Eforie Nord in Romania, etc.

The price will vary depending on the type of package emphasizing religious, wine, spa or cultural tourism.

Gabriel Margineanu, head of the Tourism Industry Employers Association of Moldova, admitted that the tour of several hundred kilometers appeared exhausting, but assured that such trips were attractive to tourists.

However, tour operators pointed out that the poor road infrastructure in Moldova and Bulgaria was a drawback.

Former Romanian Tourism Minister Cristian Petrescu emphasized that the new tourist route was the first project to stimulate cooperation, not competition, in the sphere of promoting and developing tourism.

"I think that everybody has already been to Spain, Italy and France. It is time they came to Romania, Moldova and Bulgaria," Petrescu said.

The tourist route is implemented under an EU project aimed at creating strategic partnership in support of the sustainable economic development of the Black Sea region by valuating its tourism potential.

"The project should not end here, its results should be felt in the course of several years," said Mihai Bobe, EU project consultant at the Eforie Nord municipality.