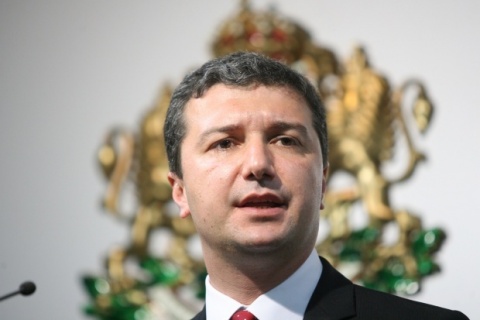 After meeting with Gazprom CEO Alexey Miller on Monday, Stoynev told local reporters that no state guarantees would be necessary for the project, declaring that Bulgarian taxpayers’ money would not be spent on it.

“The government has always followed one basic principle – to defend the national interest in the context of the economy, the region and Europe,” the Bulgarian Economy Minister said.

“We assured Mr. Miller that South Stream remains a strategic project for the country,” he added.

Miller confirmed that the pipeline will carry the first gas supplies to Bulgaria in December 2015.

The Russian official assured that the project poses “no risks whatsoever” for the Balkan country.

The Bulgarian section of the pipe was planned to be started by the middle of the summer of 2013, but it has no environmental impact assessment and construction permit issued yet.

The South Stream pipeline is to ship natural gas from Russia via the Black Sea, Bulgaria, Serbia and on to Hungary and Austria.