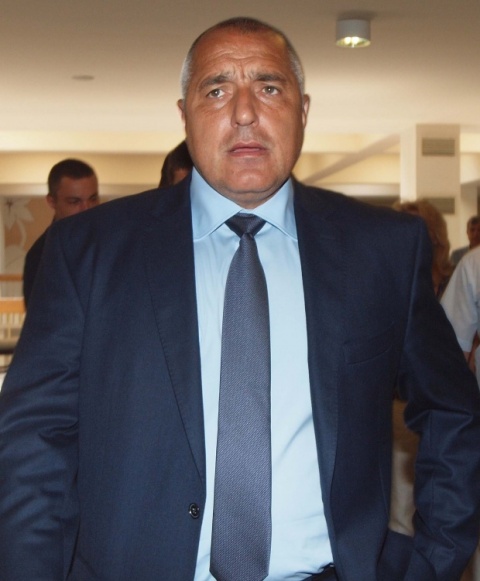 Boyko Borisov, former Prime Minister and leader of the center-right party Citizens for European Development of Bulgaria (GERB), has wished good luck to the GERB members planning to leave the party.

"I am not dependent on anybody and I will not tolerate blackmail," Borisov says in a Sunday media statement, responding to a press release of five GERB members informing that they will take steps to leave the party and establish a new political project.

"I wish the new formation good luck. Although I made attempts to reach consensus in the party, their wish to work independently and fulfill their knowledge and skills is obviously stronger," Borisov explains.

He reminds that being a member of a party and leaving a party are both voluntary acts.

"I would just like to remind that I created the GERB party and the structures they refer to in the declaration cannot be run by Tsvetanov or anybody else but me. Nobody should feel like a serf in the party and if a person feels dissatisfied, they are free to embark upon a new path," Borisov adds.

"During the several meetings I had with my colleagues, I adamantly declared that there was nothing/nobody inside or outside the party that made me feel dependent. This is why today I refuse to be blackmailed over such declarations through the media," he notes.

Borisov points out that the five GERB members have made a hasty decision, neglecting his repeated calls to negotiate.

Earlier on Sunday, Ivan Petrov, Pavel Dimitrov, Nedyalko Nedyalkov, Konstantin Hadzhigaev, and Emil Dimitrov from GERB issued a media statement saying that they were taking steps to terminate their party membership and to establish a new political project.

The disgruntled members of the center-right party suggested that the formation had been taken over by people lacking "the set of of moral, political and professional qualities which society requires and expects."

They also voiced their discontent over the fact that the party still had Tsvetan Tsvetanov, former Interior Minister, as Deputy Chair, despite the fact that he had been indicted for serious crimes.