George Veltchev: Home-Made Political Crisis or 'What Do They Ask Me Most Often in London' 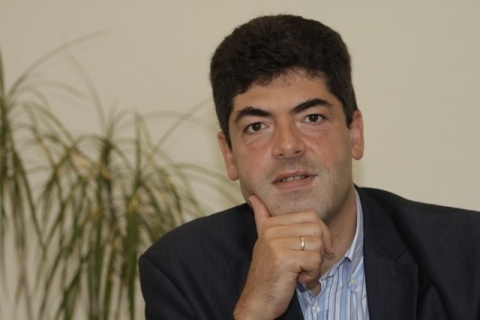 George Veltchev is a longstanding investor in Bulgaria, master and doctor of economics from the Vienna Economics University, and master of business administration from Harvard and Insead. He has taught economics at Harvard College and the Sofia University Kliment Ohridski, and was elected President of the Harvard Club of Bulgaria in the first year from its inauguration in 2001.

The opinion published here is his own, has not been edited and does not express the opinions of this newspaper, or any other institution, to which he may have been or is currently related.

My deep respect for our European Commissioner, and the institution she represents, is the main reason behind my astonishment at the comments in her blog where she invited GERB and BSP to co-operate on the path to early elections – the very outcome that Brussels should most often remind her to try to avoid. Belgium is the undisputed record holder in the European Union, and perhaps worldwide, for its inability to elect a government after democratically held parliamentary elections.

This, and the admittedly awkward recent appeal for early elections by our President, is what motivated me to share in this article “what they ask me most often” in London, the capital of one of the most advanced world democracies, where 3 years ago, two parties from the opposite ends of the political spectrum united in their agenda for the sake of the future of the United Kingdom. On the backdrop of the civilised political rhetoric in London, this is the question I hear most often:

“Why is it that, in the face of a democratically elected parliament, which was able to elect democratically a government, led by perhaps one of the most competent Prime Ministers in the recent, and maybe also not so recent, history of Bulgaria, the European Commissioner and the President of the Republic of Bulgaria are calling for early elections?”

This is a question asked with sincere bewilderment, bordering with childish curiosity, because it quite honestly does not even occur to them to try to understand the nature and motivation of the Bulgarian nature, which proclaims “I would rather I am not better off, as long as my neighbour is worse off”. And since a handful of daily protesters at the National Assembly are constantly waving their wish lists, I thought it would be a good idea to summarise what I want from the institutions of a European state, so that I can put my capital and my time at risk there, and what I see in Bulgaria today.

A President who does not side with the dictatorship of the minority;

A Prime Minister who has a dialogue with business, instead of playing cards with it;

A government that does not change course within and every 24 hours;

A Minister of Finance who does not bring business to the brink of bankruptcy;

A police force that does not eavesdrop on everyone at any time at will;

A judiciary that is not a victim of abuse by the executive branch;

A parliament with a responsible majority, which supports the government;

An opposition that does not act “hurt”, but takes its place in parliament;

A mayor that maintains order in the capital, instead of “playing” opposition;

A press that provides honest reporting, instead of joining feeble protests.

This present government meets 6 of the 10 criteria, and not because it does not want to meet all 10, but because they are at the hands of the President, the opposition and the responsible national press.

This is why I am convinced that this government is the best Bulgaria has had over the past 20 years, save for the government of HM Tsar Simeon II, which had unequivocally met 10 out of the 10 criteria. The foreign investors in Bulgaria keep reminding me every day of the economic, financial and institutional “miracle” in the years 2001-2005. At the same time, every employer remembers the 20% growth in real wages every year during that government’s administration.

This is also why the only responsible action for the current government is to govern, and for the parliament and the President – to support it for a full election cycle so that it has the chance of meeting 10 out of the 10 criteria of the investors, and, I suspect, of the people of Bulgaria. So it can bring back hope to every Bulgarian.

So that Bulgaria remains a state, and not a mere geographic location.