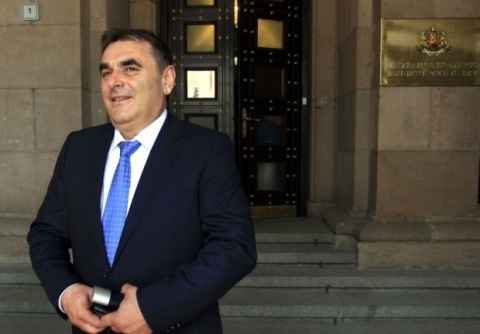 The only accomplished thing from the recommendations of the World Bank for the recovery of the Bulgarian troubled State Railways BDZ is layoffs of staff, according to Transport Minister, Danail Papazov.

Papazov, Transport Minister in the Socialist-endorsed Cabinet of Prime Minister, Plamen Oresharski, presented Thursday the priorities of his institution.

He said that 4 701 people have been laid-off from BDZ in the last four years, which is 40% of the entire staff. Another 3 173 (20%) have been fired from the National Company Railway Infrastructure, NKZI.

Papazov stressed the management of the railways under the term of the previously-ruling Citizens for European Development of Bulgaria party, GERB, had worked without a plan and a vision for the advancement of the country's railroads.

"There is a strategy that is a base document and a good one overall, but it still needs some changes. I cannot understand, however, how the railways can transport passengers and cargo without any standards for quality," said the Minister.

According to the data he presented at the briefing Thursday, the losses of BDZ during the rule of the Three-Way Coalition (2005 – 2009) between the Bulgarian Socialist Party, BSP, the predominantly ethnic Turkish Movement for Rights and Freedoms, DPS, and the party of former Tsar Simeon Saxe-Coburg, National Movement for Stability and Prosperity, NMSP, were BGN 2.5 M and the State subsidy – BGN 40.1 M.

Papazov stressed that the pouring of close to BGN 1 B in BDZ in the last four years had not done anything to improve the financial state of the companies.

"Repairs and renovations have been done chaotically, deadlines to prepare and plan for the next EU funds program period have been missed," he noted.

Some of the measures proposed by him include recovery of BDZ by restructuring its cargo unit and gradual repay of the staggering debt under the debt against properties schema.

For example – by the end of 2014, the BDZ administration will have to relocate from the building in downtown Sofia to offices at the Central Railroad Station. The building will be first transferred to NKZI and then sold.

Papazov stated that the posts were not in great shape either as they did not received the approved by the European Commission subsidy of BGN 22 M, and have gotten instead just BGN 2 M. He pledged to work to resolve the issue.

According to the Minister, the Danube city of Vidin with the new Danube Bridge 2 should turn into a communications and transport hub. Another priority would be the construction of the Black Sea highway to connect the northern and southern coast.