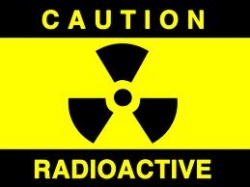 Bulgaria's government has made the first steps towards creating the country's first nuclear waste repository.

According to a cabinet press release Wednesday, the area near the northern village of Harlets, nearby Bulgaria's only functioning NPP - the Kozloduy NPP - has been designated as a site for the repository.

The area of about 110 acres has been granted by Bulgaria's Ministry of Agriculture, which previously owned it.

The location, which borders on the site of Kozloduy NPP, has been designated after a careful research, states Bulgaria's government.

According to EU requirements and decisions of the Bulgarian government, Bulgaria has until 2015 to build its own nuclear waste repository.

Up to now, Bulgaria's nuclear waste is being shipped to Russia, the country's chief supplier of nuclear technology.