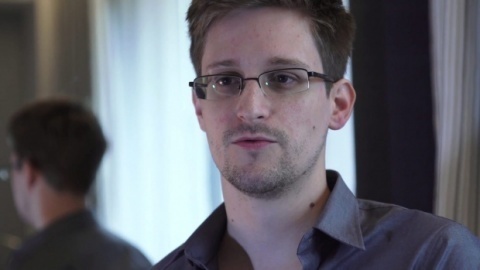 Fugitive ex-CIA analyst Edward Snowden leaked the paper, which alleges that the US spied on EU offices in New York and Washington, Der Spiegel says. Photo by EPA/BGNES

France and Germany are urging the United States to come clean over claims that its intelligence services have been spying on key EU offices.

A report in Germany's Der Spiegel magazine said European Union offices in the US and Europe had been bugged.

Fugitive ex-CIA analyst Edward Snowden is said to be the source of the leaks.

Snowden - who was also a contractor for the National Security Agency (NSA) - has since requested asylum in Ecuador. He is currently believed to be staying at Moscow's airport.

According to the document - which Der Spiegel says comes from the NSA - the agency spied on EU internal computer networks in Washington and at the 27-member bloc's UN office in New York.

The document also allegedly refers to the EU as a "target".

On Sunday, French Foreign Minister Laurent Fabius said that if the allegations carried by Der Spiegel were confirmed, such US activities would be "totally unacceptable".

German Justice Minister Sabine Leutheusser-Schnarrenberger said the alleged US behaviour was reminiscent of the Cold War.

"If the media reports are accurate, then this recalls the methods used by enemies during the Cold War," he was quoted as saying by the Associated Press news agency.

"It is beyond comprehension that our friends in the United States see Europeans as enemies."

Meanwhile, the President of the European Parliament, Martin Schulz, said he was "deeply worried and shocked" by the allegations.

He said any such spying could have a "severe impact" on ties between the EU and the US.