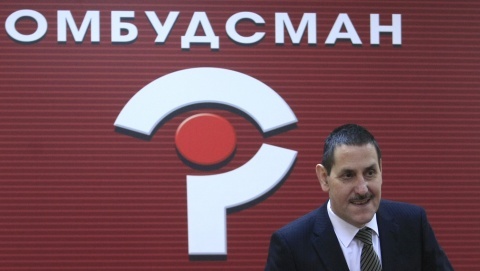 Bulgaria's ombudsman Konstantin Penchev has called for level headedness among ordinary citizens and politicians in the wake of ongoing anti-cabinet street protests.

"The situation in Bulgaria is very tense, it is only natural that the nerves of everyone are under stress. But both citizens and representatives of institutions must reserve their level headedness," said Penchev for Nova TV Satruday.

"I am the ombusdsman of all Bulgarians - those who are on the streets, those who silently support the protests, and those who support the cabinet. I will be there to help," vowed Penchev.

He strongly called for the preservation of the peaceful character of the rallies, which Saturday are entering their 16th day.

"I do not condone any form of violence, but it is manifes that the protest is escalating, which can only be expected, given that people are on the streets for more than two weeks now, and there is no answer to their demands," added Penchev.

Bulgaria's ombudsman said he is with the work of the police, saying that this far it has been conducted highly professionally.

He also expressed support of citizen's attempt to "reclaim their country" from oligarchs and shady structures.

According to Penchev, one of the most pressing moves that those in power must make is to introduce well thought out reforms in Bulgaria's Election Code, in order to achieve more adequate representation of citizens in the next Bulgarian Parliament.