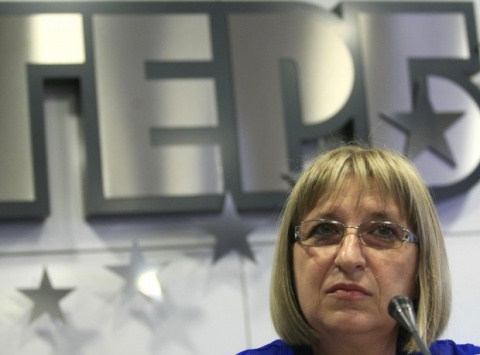 Prior to submitting GERB's proposals, Tsacheva, as cited by news.bg, commented that the measures would guarantee greater representation of Bulgarian citizens in Parliament, which would in turn gain legitimacy.

GERB's bill envisages a mixed electoral system, 31 MPs elected by majority vote, and preference lists with a 5% threshold for the remaining 209 seats in Parliament.

The plan of GERB also alleviates the registration requirements for independent MP candidates by demanding that their bids be backed by no more than 1% of the people with voting rights in the respective constituency, yet no less than 1000 signatures.

The fee for participation in the elections is to be rather symbolic, at BGN 100.

GERB also calls for lowering the threshold for enter ingParliament from 4% to 3%.

The center-right party insists that election papers and ballots for national elections should be printed at the printing house of the Bulgarian National Bank in order to minimize the risk of fraud.

Changes to election laws are among the top demands of protesters who have been calling for the resignation of Bulgaria's socialist-led government for over two weeks.