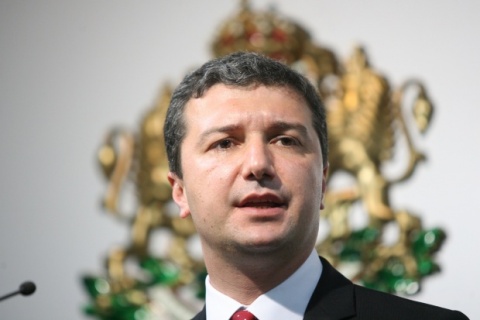 A set of amendments to Bulgaria's Energy Act passed second reading in Parliament on Friday.

The provisions stipulate an extension in the regulatory period for prices of electricity and heating by July 31 (from June 30), which is expected to allow a 55 decrease in household electricity prices by 5%.

The bill, initiated by Ramadan Atalay, chair of the parliamentary energy committee and MP of ethnic Turkish party Movement for Rights and Freedoms (DPS), was backed by 115 MPs, with no opponents or abstentions, according to reports of the Focus news agency.

Dragomir Stoynev, Minister of Economy and Energy, assured that the newly adopted amendments were not going to result in an increase in electricity prices for industrial consumers and suggested that they would guarantee miners'jobs.

Yavor Kuyumdzhiev, MP of the Bulgarian Socialist Party (BSP) suggested that the adoption of the legal changes had helped prevent the energy sector from descending into chaos because otherwise "the entire sector would have woken up to a situation without prices and a regulatory framework on July 1."

"Given that we adopt the Energy Act amendments today, there will not be enough time to promulgate the provisions in the State Gazette. I would honestly like to believe that President Rosen Plevneliev will act like a president of all Bulgarians and not defend oligarchic interests in the energy sector by delaying the signing of the decree," he stated before the second-reading vote.

The socialist MP argued that the legal changes would fetch revenues of BGN 1-1.5 B into the state budget and emphasized that the money was crucial for the energy sector.

Under the amendments, the so-called green and brown surcharges will be removed from the transmission fee and the National Electric Company (NEK), not power distributors, will be under an obligation to buy renewable energy.

Apart from that, revenues from the sale of greenhouse gas quotas will be used to cover expenses stemming from the obligations to buy electricity at preferential tariffs.

Under the newly adopted provisions, electricity from co-generation power plants will only be bought after consumption targets from cheaper energy sources have been met.

The provisions also envisage a reduction of the country's cold reserve from the current level of around 1040 MW.