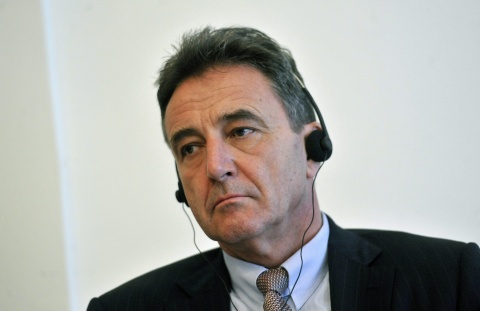 Austrian oil and gas company OMV CEO Gerhard Roiss has issued a statement saying that his company views the Nabucco pipeline project as failed, after the Shah Deniz II consortium suggested it intends to ship gas to Europe via another route.

"The Nabucco project is over for us," stated Roiss at a special press briefing Wednesday soon after news of the Shah Deniz consortium's decision broke out.

Roiss's statement comes as a further development strongly suggested that Nabucco will probably never be built.

Bulgaria was strongly committed to the project, hoping to diversify its natural gas supply, which now comes almost exclusively from Russia, with gas from Azerbaijan.

The rich Shah Deniz gas field was the main source of supply for the Nabucco project.

The consortium announced Wednesday that it will chose the projected Trans Adriatic Pipeline (TAP), set to pass through Greece, Albania and Italy, citing higher gas prices in southern Europe.

Wednesday OMV CEO Roiss questioned whether that was the real reason behind the decision, suggesting that the move might have been politically motivated.