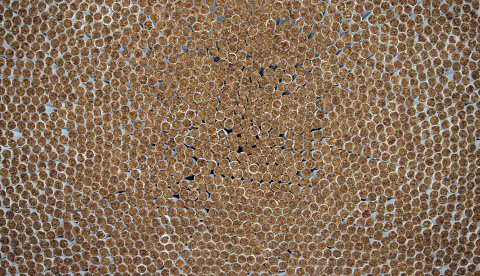 A large-scale police operation in a number of Macedonian cities has busted an international crime ring of Kosovars, Albanians, Macedonians and Bulgarians, involved in cigarette smuggling.

According to reports of Skopje-based newspaper Vecer, as cited by the Bulgarian Telegraph Agency, BTA, the offenders smuggled cigarettes from Kosovo and Albania into Bulgaria as a final destination.

Police arrested 19 Macedonians and another managed to escape.

The authorities seized cigarettes, money, drugs and weapons, as well as packs of energy drinks which had also been smuggled.

The masterminds of the illegal business were reported to be Kosovar and Albanian citizens, who supplied cigarettes to the Macedonian members of the group, who in turn stored them in Skopje or in special bunkers near the Macedonia - Bulgaria border, where their Bulgarian partners waited.

It took several months for the police to identify all the members of the crime group, which had been functioning since 2010, and to start gathering evidence.

By the end of the business day on Monday, police were still interrogating the detained, with more details expected on Tuesday.