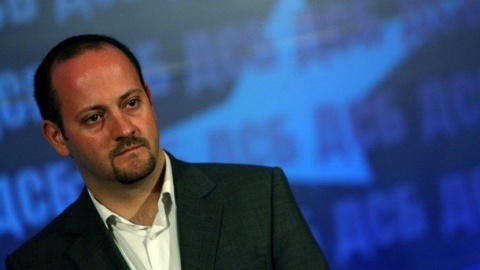 Kanev's candidacy was approved with an overwhelming majority, with 459 votes "for", 12 "against" and 6 abstentions at DSB's national convention in Sofia.

The young leader has vowed to forge ties to other small parties and restore what many view Bulgaria's "traditional" or "authentic" right.

Kostov resigned swiftly following an unconvincing result at May 12 general elections, when DSB won 2.92% of the vote - a result below the 4% hurdle.

In Bulgaria's 2009-13 Parliament, DSB was represented within the so-called Blue Coalition, together with the Union of Democratic Forces.

Democrats for Strong Bulgaria are UDF spin off, when Kostov decided to part ways with his former associates in 2004, after losing elections in 2001.

Kostov has chaired the party ever since its creation in 2004, until his May 2013 resignation, and was seen as its solitary leader.

He was among the founders of DSB, but did not take leading positions until 2007. In 2011 he was elected vice-chair of the party.

At the May 12 elections, he ran as DSB's top candidate in the Varna electoral district.