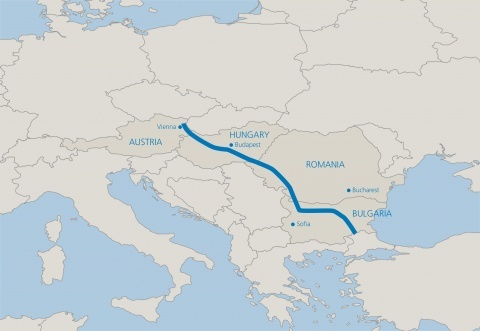 The Nabucco natural gas pipeline consortium has welcomed the declaration of support from the Presidents of Austria, Bulgaria, Hungary and Romania expressed in a letter to Azerbaijan President Ilham Aliyev from last week.

The letter was further supported by Turkey, as referenced by the Austrian President Heinz Fischer, according to a media statement of Nabucco Gas Pipeline International GmbH.

An important advantage of Nabucco, as the Austrian President highlighted at a recent conference, is Nabucco's ability to truly diversify the energy supply for Central and Eastern Europe, which is largely dependent on Russian imports.

Romanian President Traian Basescu also stated that Nabucco will benefit not only the countries in which the pipeline transits, but also other countries including Poland. Unlike other options, Nabucco will transport Caspian gas into the strategic gas hub in Baumgarten, Austria where it will then benefit the wider European market.

Reinhard Mitschek, CEO of Nabucco Gas Pipeline International GmbH, said: "This statement of support from the Presidents of the countries that Nabucco will transit demonstrates that Nabucco is the most strategic project to open the Southern Gas Corridor. The political support, along with the strong interest in the Nabucco Open Season for capacity booking show that there is considerable demand for Caspian gas transported via Nabucco. The support of Turkey, as an important transit partner for Caspian gas to Europe, is a key advantage. We remain confident that the unparalleled market access that Nabucco provides to the countries of Central Europe and also of South Eastern Europe and the Balkans, ensures that gas from Shah Deniz will arrive in Europe via Nabucco. "

The Shah Deniz II Consortium is expected to make a decision later this month on which pipeline project will transport its gas into Europe via the Southern Corridor.  Nabucco remains confident that it has demonstrated that it is the best choice for the producers and shippers as well as for over 500 million consumers across Europe.