Analyst Evegeniy Daynov: Bulgaria's Govt Must Stop Being Stupid, May Topple in 10 Days 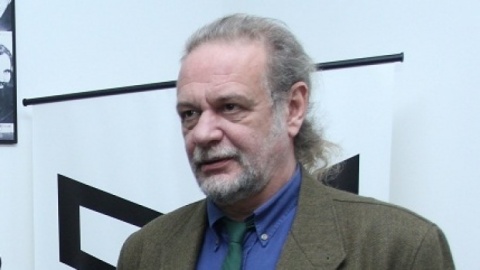 Interview of Novinite.com and Novinite.bg with Evgeniy Daynov, a leading political analyst, on the unrelenting public outrage over the appointment of a media magnate to a top security post, how it boiled over into protests against the government and what may come next.

Thousands of Bulgarian protesters demanded the resignation of their new Socialist-led government on Sunday, but the prime minister dismissed the prospect of stepping down as "highly irresponsible". What’s next?

There are only two realistic scenarios. If the government continues to complain and lose trust and support, Bulgaria will face new early elections and Boyko Borisov [the former prime minister, who was toppled by mass protests in February] will return to power victorious and smirking.

But the government has the chance to win wide public support and survive at least until the winter. For this to happen, it must crack down on oligarchic structures and monopolies.
In this case Bulgarians will go to the polls next year, but until then the government would have done something useful.

What is the difference between the current protests and those during the winter, which led to the resignation of Borisov government?

The young people who took to the streets in June are those who occupied Eagles Bridge in the winter. Back then they were rallying against the protected coastal area of Irakli and other environmental issues.

The protesters, who demanded the resignation of the new Socialist-led government, are not those who protested against skyrocketing bills for electricity and heating. These protesters do not see themselves as angry folks, but as angry citizens.

What will be the consequences for Bulgaria and its citizens if the government is toppled?

The government will be kicked out if it continues to hang around and do nothing as it does now. But that’s not all. If this scenario unfolds, every single member of the government, with no exception, will be discredited forever, while the Socialist Party will split and cease to exist. My forecast is that unrest will erupt after that.

The government has offered a raft of measures aimed at easing the financial burden on Bulgarians’ back. Will those measures appease the protesters and ease the tensions?

If the government believes this will be the effect, then everyone in it are fools. The protesters, who are rallying now, do pay their electricity bills and do it without any problems. They have political demands, including a crack down on the oligarchy and the monopolies.

If the government fails to wake up to reality, it is doomed.

Some argue that the government should stay in office until May next year, when Bulgaria may hold both general and European Parliament. Do you like that idea?

If the government continues to make stupid moves, fretting and sulking, it will be toppled within ten days. Of course it is better to have elections next year, not now.

But before that Bulgaria should have a new electoral code - preferential vote, new mathematical formula. It is unacceptable to have three MPs from the ethnic Turkish party, all of them elected in the capital Sofia.

On the other hand, if the authorities do not create favorable conditions for business and provide it with incentives, we’ll go headlong into a serious economic crisis.

Will the scandal over the nomination of media mogul Delyan Peevski for security chief and the ensuing protests prompt changes in the Bulgarian Socialist Party?

If the government steps down, no changes are possible in the party. But if it manages to stay in office for a few more months, the socialists have a real chance to reform their party.