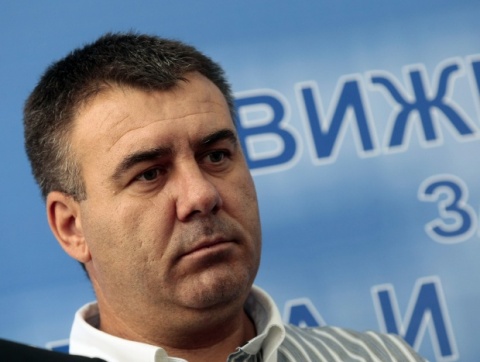 The newly appointed governor of Blagoevgrad Musa Palev, from the predominantly ethnic Turkish party Movement for Rights and Freedom (DPS,) did not show up in the Municipal Administration in his second work day.

Meanwhile, protesters in Blagoevgrad stormed into the building to check whether the employees perform their duties, "24 Chasa" (24 Hours) daily reported.

They held a brief discussion with the municipal Chief Secretary Diana Atanasova, but did not reach a consensus. She refused to answer questions on how municipal workers are doing their job.

It did not become clear where Palev is either.

The protesters left the building angrily, shouting "Resignation," "Down with DPS" and "Pirin will not become Turkish!"

Tuesday is the second day of protests against Palev's appointment for district Governor of Blagoevgrad region.

At the moment the situation in Blagoevgrad is calm, big part of the protesters have already left.