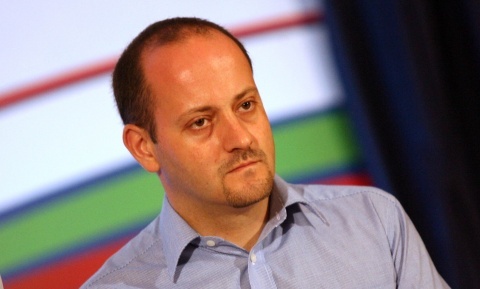 The right-wing Democrats for Strong Bulgaria, DSB, party is going to ask from the new party leadership to have a mandate to launch negotiations for establishing a united right-wing opposition.

"We will lead new politics, without claims to be the center of the universe. Our main goal is to protect the interests of the right-wing democrats, who do not have representation in the current Parliament. We will work to guarantee the changes that the Bulgarian society is demanding," Radan Kanev, who is likely to head the party, commented on Monday.

He declined offering details about the exact political formations to be approached by DSB on grounds this would violate the new policy line of his party, but pledged the coalition will include respected people, known to all Bulgarian democrats.

DSB are firm the Cabinet of Prime Minister, Plamen Oresharski, on the mandate of the Bulgarian Socialist Party, BSP, will fall in just days, and are calling on all their supporters and followers to take part in the nationwide anti-government protests.

According to Kanev, stronger rallies will lead to fewer provocations and to more peaceful demonstrations.

"We want to hail Bulgarian people for the protests. These are protests of Bulgaria's middle class who want a better future and this is a first in the entire history of the Transition Period after the fall of Communism in 1989," he commented.

DSB firmly reject the idea to postpone snap general elections for May 2014 and hold them on the same day when the country will vote for Members of the European Parliament, as the current government and General Assembly could not do anything to improve the situation in Bulgaria.

Once the symbol of the right wing in Bulgaria, DSB failed to pass the 4% threshold in the May 12 early general elections to enter the Parliament.

On May 13, Kostov made clear that DSB's governing body would resign collectively on June 23 and the party's national council would elect a new leader and a new governing panel.

Kanev, in turn, suggested that Bulgarians with democratic beliefs had been left without representation in Parliament, which was an unheard-of situation.

Kostov named then Kanev as the nominee of the party's governing body for DSB Chair.