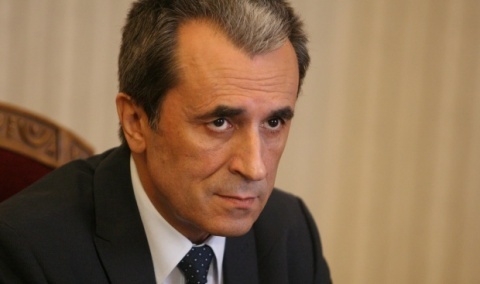 Speaking in an interview for bTV, he said the Friday decision of the government and the Parliament to appoint controversial media mogul and MP Delyan Peevski as Chair of the State Agency for National Security (DANS) has been a mistake that sparked mass protest rallies in the country over the weekend.

Oresharski pledged a large public debate in nominating a new person to lead DANS, noting he or she must be a very decisive individual in order to successfully oppose organized crime.

The PM was very evasive in answering a question if he has been, indeed, the one to nominate Peevski.

"I don't have the habit of revealing in public the content of unofficial talks with partners, so I will keep the answer for myself, though I can say I do not remember who the person to first mention Peevski was. Other nominations were discussed as well, but the opinion that we need a decisive person prevailed at the end," he explained.

When asked to list with examples Peevski's qualities that would make him the right person for the job, Oresharski replied: "Decisiveness to tackle organized crime involved with contraband and VAT draining."

Meanwhile, organizers announced on Facebook that a protest is planned for Monday evening as well, despite the fact that as early as Saturday, Peevski said he will withdraw from the post. The demonstrators, however, now demand the resignation of the government.

When asked by the TV hosts if he was going to resign, Oresharski reiterated his Sunday declaration that such move would be irresponsible.

"The resignation is the easiest personal decision. But when I accepted the post, I said I was aware I am facing a huge challenge and enormous expectations from society. The resignation is not a solution as it would lead to a new caretaker government, snap elections in a few months under the same Election Code, and a similar political stalemate at the end," said he.

According to him, the most important task in the upcoming months was to secure EU funds for the next program period.

Oresharski admitted he did not have enough political shrewdness and a political future and did not want to have such future.

He explained he would resign immediately if he was to lose the parliamentary support of the Bulgarian Socialist Party, BSP, and the ethnic Turkish party Movement for Rights and Freedoms, DPS.

Oresharski is to meet at 2 pm in the government headquarters with representatives of the protesters and of NGOs, but organizers of the demonstrations have already said the invitation clearly showed the PM has failed to grasp the essence of the rallies.