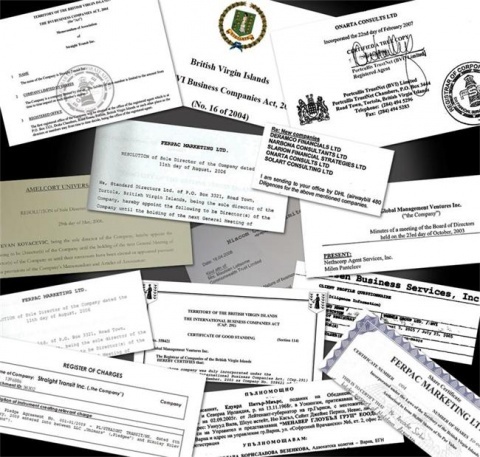 The International Consortium of Investigative journalists (ICIJ), responsible for the Offshore Leaks, has released a web app that allows Internet users to sort through the leaked financial information themselves.

Euronews interviewed by email La Naci?n’s Matthew Caruana Galizia, journalist-developer and data-specialist, to know more about the web app, how it was built, how it works and how he got to work on it.

“Through my participation in a technology and journalism conference in London, I got to know the journalists involved in this project”. The Maltese journalist would soon leave the FT and move to Costa Rica, where most of the work on the database was being done, “kindly sponsored by La Nacion.”

“The app allows anyone to search and explore the entire database of companies, people and places we built out of original leaked cache of files,” he told euronews.

“This is the kind of work that consultancies would typically charge millions of dollars for,” he adds. “Taking big, very poorly constructed databases and refining them into what’s called a graph database, where every person, company or place contained within is stored along with direct pointers to the other things it’s connected to.”

“What could be better than exploring the data yourself?” Caruana Galizia asks. After the stories about presidents, senators, dictators, ministers and prime ministers, “we should fry the remaining large fish but also medium-sized fish too,” because “there’s a shedload of corruption at that level.”

The Offshore Leaks’ network sought to be broad enough to reach citizens from all over the world so that they can dig for names they recognise, pleads the journalist and notes:

“It’s impossible to do this without widening the network of people looking at the data (…) this kind of scale can only be achieved with the web.”

The web app is the gift that keeps on giving, according to Caruana Galizia. “The idea is that even after the original raft of stories involving politicians and high profile individuals, it will become another important resource for investigative journalists.”

He see the usefulness of the web app on the longer term: “Years down the line you might be working on an investigation into a company or individual that you later find in the database. Leads like that are extremely useful.”

More than thirty Bulgarians have made the list of some 100 000 people around the world, who sought utmost secrecy in offshore tax havens, 24 Hours daily reported at the end of May.