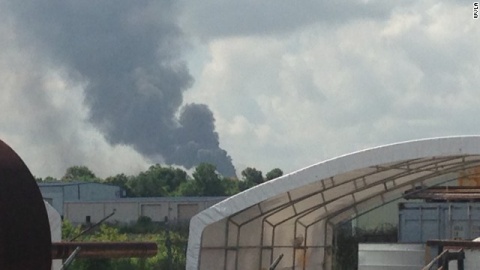 A chemical plant in the US state of Louisiana has been hit by a large explosion, according to officials.

The blast happened at the Williams Olefins chemical plant in Geismar, south of Baton Rouge.
The Iberville Office of Emergency Preparedness said it received reports of seven injuries from the plant explosion, CNN informs.

No casualties have been reported so far.

A Louisiana State Police dispatcher told CNN that authorities were evacuating the area around the plant.